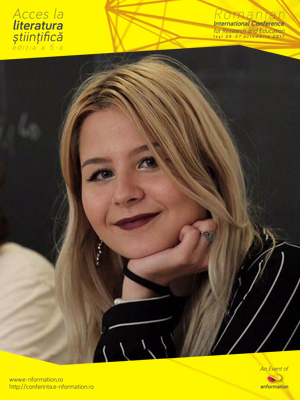 Irina is currently in her Junior Year of High School, in a Humanities Class. Further on, she would like to study Law in England or Germany. She has been into Public Speaking ever since she was in the 5th Grade, and had even won the 3rd Place in the Country Heat of the National Public Speaking Competition. Last year, she also joined the Debate Club in her High School, and she is a proud semifinalist of the International Competition ARGO 2017, which took place in Ploiești. She has also participated as a speaker, representing her High School, in a project initiated by The Parliament of Romania with the aim of simulating the process of passing a law through the Chamber of Deputies. She also likes to help make a change in her High School, being at the same time President of the Student Council. She has successfully organized some charitable events, such as the “Coșbuc Christmas Fair” where they raised money in order to help a former student fight cancer, and to make wigs for little girls fighting the same disease.